Sri Lanka on Thursday appointed a new prime minister, a move President Gotabaya Rajapaksa hopes will quell weeks of worsening civil unrest in which at least nine people died this week and more than 300 were injured.

Ranil Wickremesinghe, a political veteran who has been prime minister of the island nation five times before, has the daunting task of leading his country through its worst economic crisis since independence.

Mr Rajapaksa, whose elder brother Mr Wickremesinghe replaced as prime minister, has called nationwide curfews and given security forces sweeping powers to shoot at anyone involved in looting or putting people's lives at risk.

Mahinda Rajapaksa, who resigned on Monday, has gone into hiding on a naval base and the president has warned of the risk of all-out anarchy 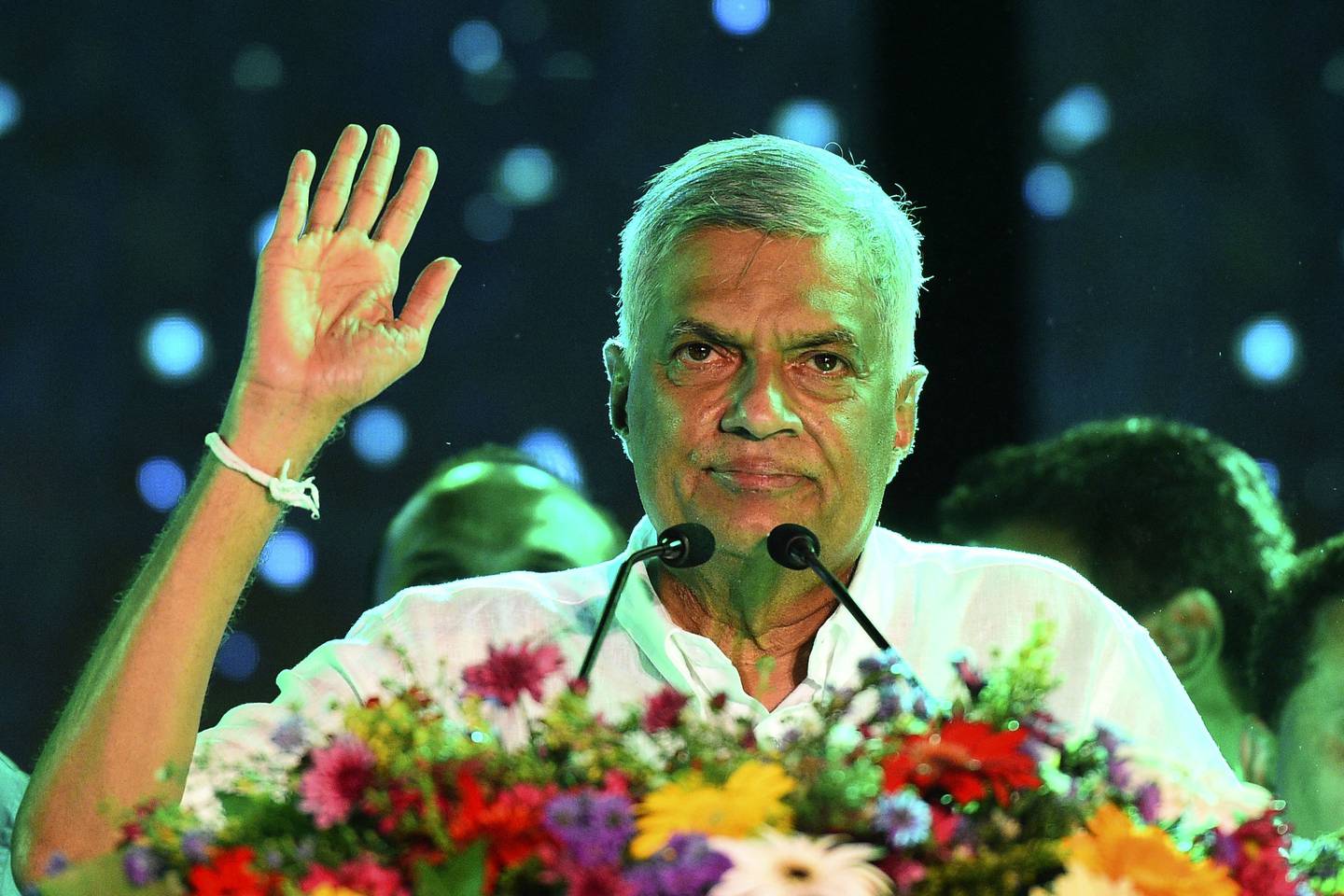 "We have hit the bottom economically," said Nimal Jayantha, an autorickshaw driver queuing for petrol earlier on Thursday after the curfew was lifted.

"I don't have the time to do my job. By the time I stay in the fuel queue and get petrol, curfew will be imposed. I will have to go home without any money."

As well as dealing with mass protests, Mr Wickremesinghe must unite a fractured parliament to agree on a way out of a crisis that has seen inflation soar and foreign reserves dwindle.

"He has said from the beginning, parliament needs to come together to provide a solution to the crisis," Dinouk Colombage, media secretary from Mr Wickremesinghe's opposition United National Party, told.

"He is no stranger to dealing with economic and political challenges, having done so multiple times before."

The national disaster represents a fall from grace for the Rajapaksa dynasty, a family credited by millions of Sri Lankans for bringing a bloody civil war with Tamil separatists to an end.

In the aftermath of the conflict, which saw hundreds of thousands of civilians killed, both Rajapaksa brothers were accused of war crimes by the UN.

But on Wednesday, the president offered a conciliatory note to millions of protesters who say their families are going hungry amid the sharp economic decline.

"I am working to form a new government this week to control the current situation and prevent the country from falling into anarchy," President Rajapaksa said.

The also said he will also give away much of his powers to parliament and when some normality returns, take steps to abolish the country's powerful executive presidential system.

The embattled president's speech came as authorities sent armoured vehicles and troops into the streets of the capital Colombo on Wednesday. On Monday, pro-government mobs attacked peaceful protesters, triggering a wave of violence across the country.

Security forces have been ordered to shoot those deemed to be participating in the violence, as sporadic acts of arson and vandalism continued despite a strict nationwide curfew that began on Monday evening.

Asela Waidyalankara, a cybersecurity professional, said there was "chaos and crisis and uncertainty everywhere".

He said people expected clarity, but noted the speech was "vague and did not provide any answers".

War-enabling not war-winning: how are drones affecting the Ukraine war

Buffalo mass shooting: What we know so far